As seen on Market Watch.

If you’re thinking about simply foregoing health-care coverage this year and paying the Obamacare penalty, you might want to consider exactly what the penalty will be, says one insurance broker. 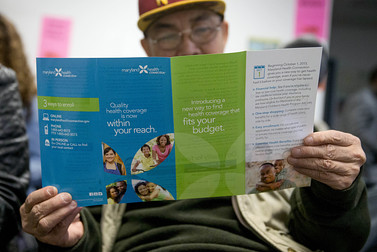 John DiVito, president of Flexible Benefit, a Chicago-based insurance wholesaler, points out the penalty for not having a health policy can be $95 but it won’t be that simple for the vast majority of the heretofore uninsured. The rule in the Affordable Care Act states that the first year for those going without coverage is either $95 OR 1% of income, whichever is greater.

“I think people need to shop both on and off the exchanges,” he said.

Little and Sons Insurance Services is your complete insurance resource. Since we were established in 1922, we assist individuals and business owners with all of their insurance needs, whether it be for auto, home, or commercial insurance. As an independent, full-service insurance agency, our duty is to our clients’ best interests.

Sorry, the comment form is closed at this time.

After 23 Years of serving our clients at our location in Beaumont, CA it is with a heavy heart that we are consolidating our operations to our Banning Office. We will be available all the same hours and will work to make this transition as smooth as possible. Thank you for your continued business and we look forward continuing to serve your insurance needs. Our contact information will stay the same so feel free to contact us.